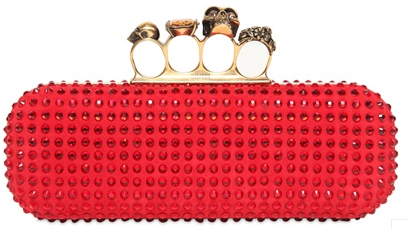 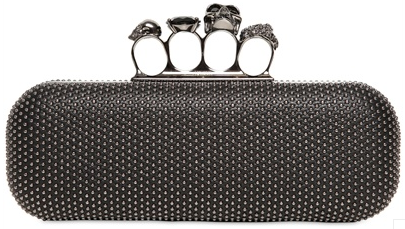 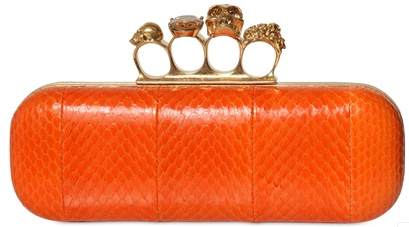 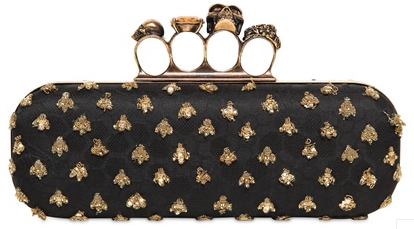 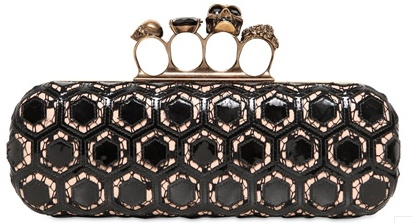 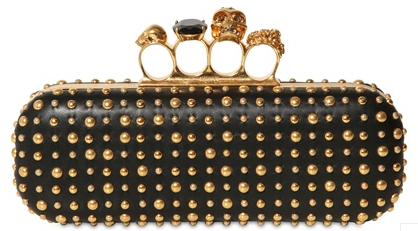 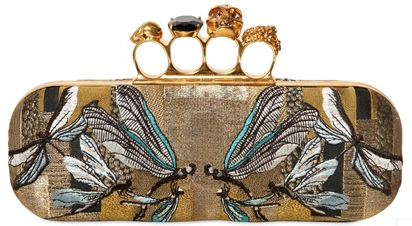 Like all Alexander McQueen box clutches, this Alexander McQueen Gold Ring Knuckle Box Clutch embodies that fierce, dangerous, scary factor. Perhaps it’s their danger that makes them so cool and edgy. Alexander McQueen was a pioneer in combining scary with luxury, and this set his designs on the map. Especially his skull box clutches, which have been all the rage since they were first created. This new derivation of the traditional skull box clutch features white horns on either side of the top knuckleduster hoops. Then there’s a scary looking gold snake, with it’s mouth wide open and a skull inside – freaky, even for Alexander McQueen! Buy through Luisa Via Roma